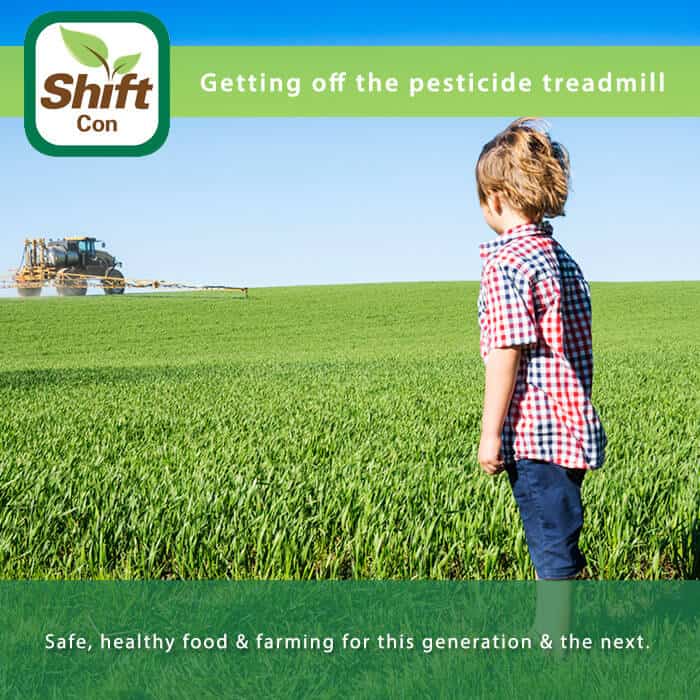 The science is clear: Kids today are sicker than they were a generation ago, and pesticides are part of the reason why.

Throughout childhood, kids are exposed to pesticides on the food they eat and where they live, learn and play. Scientists have known for many years that children’s developing bodies are especially vulnerable to health harms from such chemicals.

Evidence is especially strong that pesticides can harm the brain and nervous system, increasing risk of developmental delays, ADHD and autism — and lowering IQ. Links to certain childhood cancers are also increasingly clear.

Kids in rural agricultural areas are especially at risk, along with farmers, farmworkers and rural families across the country. From field to fork, the pesticides used in food production are undermining the health of our families.

The good news is, this is a problem we can all do something about. Right now.

In this panel we’ll take a look at the latest science linking pesticides with health harms (especially for children). We’ll discuss how we got here — despite ever-stronger science on the risks pesticides pose, we still apply nearly a billion pounds of these harmful chemicals to our food and fields every year.

We’ll then explore the links between genetically engineered (GE) crops and pesticides (hint: more of one means more of the other), and hear hopeful, on-the-ground evidence that producing safe, healthy food without pesticides is entirely possible — and makes good business sense.

Pesticide and biotech corporations (one and the same!) are ramping up their efforts to manufacture doubt about the value of organic and the health harms of pesticides. In this panel discussion, we’ll give you the information you need to help set the record straight — while you keep your family healthy and support farmers across the country who are doing the right thing.

Kristin Schafer (Moderator): Kristin has held many positions over her 18+ years at Pesticide Action Network (PAN), a global grassroots network bringing people together to promote fair, healthy food and farming. Now Program and Policy Director for PAN, Kristin blogs regularly on children’s health and pesticide policy issues. She recently co-authored A Generation In Jeopardy with PAN scientists. She lives in San Jose, CA and is proud mom to two teenagers. @KristinAtPAN

Gary Hirshberg: Gary is Chairman of Stonyfield Farm, the world’s leading organic yogurt producer, and Managing Director of Stonyfield Europe, with organic brands in Ireland and France. Gary serves on several corporate and nonprofit boards including Applegate, Honest Tea, Peak Organic Brewing, Late July and Quantum Design. He is Chairman and a founding Partner of “Just Label It, We Have the Right to Know,” the national campaign to label genetically engineered foods, and is co-author of Label It Now – What You Need to Know About Genetically Engineered Foods.

Mark McAfee: Mark is the founder and CEO of McAfee Farms and Organic Pastures Dairy Company. He is pre-med trained, a retired Paramedic and a Health Department medical educator. Mark has lectured on Raw Milk production, food safety, and nutrition at Stanford Medical School, Rutgers University, 30 different states and internationally. He is certified in HACCP management from Chapman University.

Will Allen: Will Allen has many years of involvement in the field of sustainable agriculture. He was one of the pioneers of organic farming in California and helped start the certification program through the California Certified Organic Farmers Organization. In 1990, Will founded the Sustainable Cotton Project, a non-profit organization dedicated to helping cotton growers transition to organic production, and working with cotton companies to encourage them to purchase and use organic cotton in their manufacturing processes. Currently, he serves on the policy and advisory board of the Organic Consumers AssociationWill is a founding board member of Farms Not Arms, an organization dedicated to bringing together people from the farming community to oppose the war in Iraq and Afghanistan. In 2008, Will’s book, The War on Bugs, was published by Chelsea Green Publishing Company in White River Junction, Vermont.

SHIFTCON WORKSHOP: Going Pro–Using Email to Grow Your Audience and Turn it into a Profitable Business
November 18, 2016
Leave Comment

Meet Some Of Our 2022 Speakers
Recent Posts

Hey friends! This is your last chance to apply to

Did you hear the news! shiftcon has new dates for

Day 3 of #ShiftCon has more great workshops for yo

Day 2 of #ShiftCon has more great workshops for yo

We are excited to announce a workshop intensive wi

IT'S SHIFTCON WEEK!! We are just 3 days away from

We are thrilled to announce another keynote for #S

Raise your hand if you could use a giveaway? 🙌

Did some say happy hour? Okay maybe not but it's M

We are excited to announce another great workshop:

Staying healthy is something that is on all our mi

Even though we are virtual this year we still enco